Frontier has a decent package selection, but its channels and equipment leave much to be desired

Frontier’s Vantage TV and FiberOptic TV keep you on top of all the adrenaline-filled action with access to NFL RedZone or the latest episode of The Walking Dead. Plus, Frontier offers DISH satellite TV packages that you can bundle with its DSL broadband internet.

But if you’re eyeing Vantage TV or FiberOptic TV over DISH, be prepared to bundle. That’s the only way you’ll get Frontier’s proprietary TV nowadays, and we’re about to find out if the price of bundling is still worth the number of channels you get.

How much does Frontier TV cost?

If you can get it, FiberOptic TV comes with more channels and faster speeds at similar prices to Vantage TV

At first glance, Frontier’s FiberOptic and Vantage TV seem to have more similarities than differences. But take another look and you’ll notice a few differences that might influence your decision of which TV bundle to grab.

Check out our DISH Network review.

How much are Frontier Vantage TV's bundles?

The Vantage TV bundle prices are similar to what you pay for FiberOptic TV bundles, but that’s where the similarities seem to end.

You see, whether you get Vantage TV or FiberOptic TV depends on where you live. And yeah, it’s kind of maddening that you’re stuck with one or the other based on where you call home—but we should point out that both Vantage and FiberOptic TV come bundled with Frontier’s ultra-fast fiber internet. So it’s not all bad news.

How much are Frontier FiberOptic TV's bundles?

But again, whether you can land this steal of a deal depends on where you live. FiberOptic is available only in California, Florida, Indiana, Oregon, Texas, and Washington. So if you call another state home, you might want to check out Vantage TV’s availability instead.

If you are lucky enough to get FiberOptic TV, the bundles are usually a good deal. To compare, a 50 Mbps Verizon FiberOptic plus Preferred TV bundle does come with more channels (295+ to be exact), but it’ll run you almost a whopping $100 a month. That makes the FiberOptic Custom Essentials plusFiberOptic 50/50 bundle with 155+ channels and 50 Mbps look rather enticing, doesn’t it?

Still rocking the old-school landline? We won’t judge. Take a peek at the FiberOptic TV plus phone bundles in our full-length Frontier Bundles review.

Which channels does Frontier TV have?

Vantage TV and FiberOptic TV offer similar lineups—but you’ll probably want to upgrade to TV Choice with either one.

Channel counts are cool and all, but will you actually watch all of them? Probably not. We like to try though, right?

Here’s how FiberOptic TV and Vantage TV compare when it comes to which channels you get to watch. Hint: there’s not a huge difference except for where you can get them.

Vantage TV has most of the popular channels—but you may not be able to find some of them in the basic Custom Essentials package you get with some Vantage bundles. And you’ll likely find HD channels in the TV Choice package too.

Here’s how to get your hands on some of the more popular channels, though availability depends on which bundle you choose—and likely where you live.

Don’t worry, you can still get your HBO fix with Vantage TV. Premium channel packages can be added onto your TV service. Now all you have to do is pick and choose which ones you want. Hmm. . .

You’ll pretty much have to upgrade to Vantage TV Choice or add the Vantage Sports Package to watch home runs and Hail Marys from your couch. Here’s how each of these stacks up:

If you want access to most of those guilty pleasure channels like HGTV and ESPN (hey, we’re not judging), you’ll want to grab a FiberOptic TV bundle with TV Choice.

A few channels are broadcasted locally or come with the Custom Essentials package, but you’ll still miss out on quite a bit of viewing pleasure. Especially if you prefer to view in HD, which you’ll really only find in the TV Choice package.

It wouldn’t be TV without premium channels, right? And instead of blindly choosing the channels behind package number three, you get to pick and choose the ones that float your fancy.

If it’s sports you want, it’s the FiberOptic TV Choice bundle for you. Unless you think the Game Show Network qualifies as sports. (We kid, we kid.)

You can also add a pretty robust Global Sports Pack to your TV Custom Essentials bundle too. Here’s what each option gets you:

Frontier’s DVR selection experience is confusing at best, but its features make up for that ... kind of
Frontier DVR features

Data effective 8/13/2019. Offers and availability may vary by location and are subject to change.

While DIRECTV’s Genie and DISH’s Hopper DVRs manage to offer more compelling features, the Frontier Whole Home DVR is still not the worst of the bunch. Of course, it doesn’t stand out much, either. . .

While both Vantage and FiberOptic TV get the Whole Home DVR, only FiberOptic TV gets access to the Quantum Premium Service. This gives Frontier’s DVR a pretty sizeable boost by beefing up your live control from one TV set to 10 sets, and simultaneous recording 12 shows versus only two shows.

But hey, what about storage space? Sorry, Charlie. Even with Quantum Premium Service you still get only 500 GB of storage. Better delete some of those old NCIS episodes, otherwise we’ll assume you’re on a Gibbs level of skill when it comes to fitting a boatload of episodes in an itty bitty space.

Does Frontier TV have a contract?

Frontier used to have a refreshing approach to contracts: it had none. Sadly, those days are gone.

Now your Frontier TV service comes with a two-year contract. Sure, anyone who bundled their Frontier internet with DISH is used to that two-year binding pinky swear, but the rest of us are still mourning the loss of our beloved contract-less service. (Yup, we're full-on ugly crying over here.)

Now that Frontier service comes with a contract, you'll want to watch out for early termination fees (ETFs). Frontier says you'll need to check on your service terms to determine how much you'll owe, so our guess is this is how that contract cancellation story goes:2

Frontier early termination fee: Your monthly price x the number of months you have left on your two-year contract

You should also watch out for other miscellaneous fees, which Frontier is pretty candid about. It even includes a handy image of what your final bill might look like and annotated those miscellaneous charges.

If you grab a DISH package but decide it’s not for you before that two-year contract is up, you’ll also have to pay an ETF. Depending on how much time is left on your contract, that DISH ETF could be up to $480.

If you consult the American Customer Satisfaction Index (ACSI), Frontier rates near the bottom of the list for customer service.1 That’s pretty shabby—and its score of 57 out of 100 leaves a lot to be desired. (It did, however, improve from last year’s ACSI report.)

Our experience chatting with Frontier customer service about the DVR wasn’t the worst—but it also wasn’t the best. The service rep was responsive but got a few details mixed up and had to re-clarify for us later.

Of course, this would have been less of a problem if it was easier to find features and prices on Frontier’s website. Oh, and if Frontier didn’t require your name, phone number, and email to chat with customer service. (Can you tell that’s a pet peeve of ours?)

Recap: Is Frontier TV worth it?

Frontier’s Vantage TV and FiberOptic TV require you to bundle, but its internet and TV options could make it worthwhile.

That’s the nuts and bolts of Frontier’s FiberOptic TV and Vantage TV, but if you just want the TL;DR, here it is.

Have you tried Frontier Vantage or FiberOptic TV? Tell us about it in the comments below!

Written by
Catherine McNally
Catherine has a degree in journalism and an MBA, and has spent the last 10+ years writing everything from Okinawa travel guides to stories on Medium. She’s been online since AOL CDs were a thing and is an unapologetic PC gamer. She believes the internet is a necessity, not a luxury, and writes reviews and guides to help everyone stay connected. You can also find her on Twitter: @CMReviewsIt.
Read More 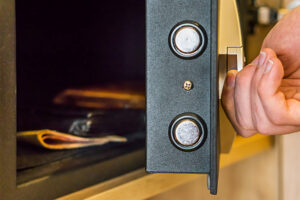 By
Catherine McNally
The Best Smart Safes 2022
We picked our top five smart safes for 2021 so you can store guns or... 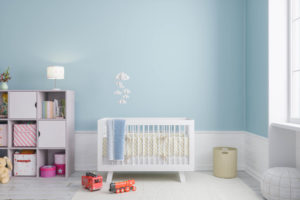 By
Brianne Sandorf
Best Nanny Cameras of 2022
At Reviews.org, we’ve reviewed some of the top nanny cameras to find the best solution... 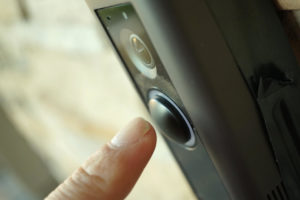 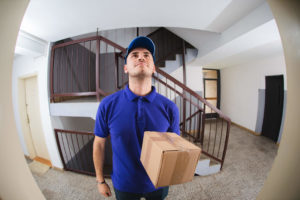