Known as the fastest VPN in the world, it’s also quite powerful.

You find that out right away when you install the app and see a large icon for enabling the VPN with one click. (ExpressVPN also has a similar power button to turn it on.) There are some assurances here—you won’t have to wade through complicated settings or look over security features unless you like doing that. 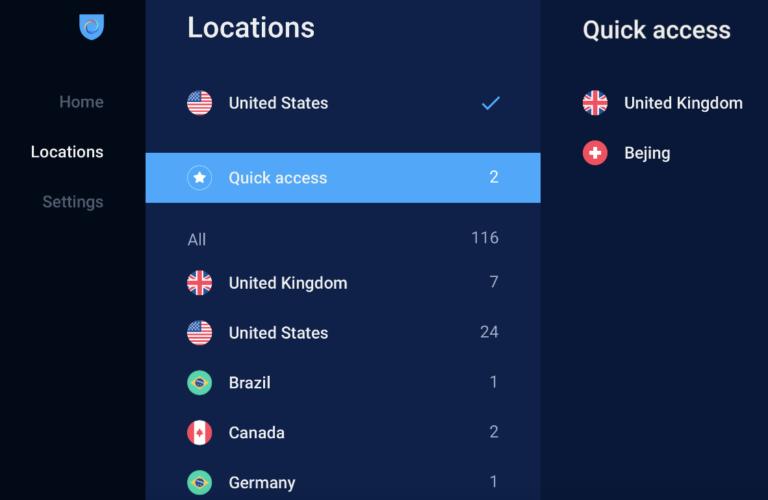 First impressions count, and so do second impressions. After firing up the VPN, you might not notice a time lag that’s so common with lesser VPN clients. Even “the best” VPNs tend to add about 10-15% of overhead to your Internet connection, making things seem a little pokey at times. That’s not as true with Hotspot Shield.

As rated by the app Speedtest and confirmed by several outlets like PC World and TechRadar, the VPN is rated as extremely fast for all downloads, streaming, and file-sharing.

In our Hotspot Shield review, we found the app is remarkably nimble and fast. The fact that there's a free VPN version is a bonus. For those who want to hide an IP address, create a VPN connection to obscure your Netflix activity, rely on the VPN protocol for high-end encryption on a VPN server, or just use a VPN service to surf safely, read on for our Hotspot Shield review. This is one VPN provider that will meet your needs.

With Hotspot Shield VPN you will find a few nice extras as well. Like many higher-end VPN apps, this VPN service supports the catapult hydra protocol for secure encryption. The app provides a VPN server location in many countries.

Once you read our Hotspot Shield review, you will notice a few themes: We found the download speed is quick, based on our own speed test and those of other sites. There's a Chrome extension for ease of use. Your connection speed won't suffer as much as you might expect. The mobile app will make sure your online activity is safe even when you are on your phone. Malware protection, a powerful desktop app plus an Android app and one for iOS: you name it, Hotspot Shield VPN has it.

Not only is this a powerful VPN, it’s also affordable

There’s an important decision to make right away with Hotspot Shield VPN. The free version is handy for protecting your website visits, but it does throttle the connection to 2 Mbps. That’s fine for casual browsing, but you’ll quickly realize it won’t work for any downloads or media streaming, and it definitely won’t work for file-sharing or business use.

When you upgrade to the premium version, you will notice a host of powerful features. Hotspot Shield VPN does not throttle bandwidth or use a cap—it offers unlimited data. The annual plan costs $7.99 per month; the monthly plan costs $12.99.

Like several popular VPNs, Hotspot Shield VPN claims to not keep any browser activity logs, although there isn’t a specific mention about “zero logs” on the server as claimed by IPVanish and others. “Zero logging” means the VPN uses a server that can’t log or track anything you do online. While it’s not exactly clear from the Hotspot Shield VPN descriptions, there’s no mention of using servers that do “zero logs” but says “no browsing activity logs” instead. The server itself may still track your identity.

In terms of bang for the buck, Hotspot Shield VPN provides access to around 80 countries using 3,200 servers. That’s about what you would expect from a mainstream VPN offered by a company like Pango that also partners with makes a popular password management app called 1Password. That’s another nice perk. With the annual or monthly plans, you also gain access to 1Password free of charge. It’s perhaps not as much of a bargain as IPVanish that includes 250 GB of cloud storage, but it’s still noteworthy.

Other than that, Hotspot Shield VPN provides all of the expected features such as encryption, malware and phishing protection, and live chat support.

Data effective 4/21/2020. Offers and availability vary by location and are subject to change.

There’s no question that this is a fast VPN

It’s crazy how fast this VPN runs—and even the installation process is fast, so it’s a sign of what to expect. In fact, compared to other VPNs like TunnelBear and ExpressVPN, the initial install and setup took less than one minute. (Granted that was on an extremely fast laptop with 16 GB of RAM and there was nothing to configure or decide.)

Once you are up and running, the wonderful discovery is that you might not notice a major lag when you play video games, download movies, and stream television shows over Netflix. In our tests, we watched a Netflix movie in 4K resolution on a high-end laptop and didn’t see any slowdowns or glitches. In tests with other VPN apps, there was occasionally some pausing or other artifacts and glitches.

All of this speed testing is verified and quite conclusive. Speedtest has released data about the VPN and stated that it’s the fastest client around.

The more you research and examine VPN clients and what they offer, the more you’ll see that the “extras” are so important. For example, IPVanish includes 250 GB of extra file storage for free, which is a nice perk. With Hotspot Shield VPN, you gain access to the 1Password app (also made by Pango) for the same price of $12.99 per month. It’s even more impressive if you choose the annual plan, which costs only $7.99 per month.

1Password is not a newcomer or an unknown app. In fact, it’s one of the most popular managers around and adds an extra layer of protection. Note here to anyone new to a VPN—while your connection is protected from hackers or anyone who wants to steal your credit card or personal data, once you type in this info to register for an account at a movie streaming site or anywhere else, it’s available to that website.

A password manager at least protects you from people guessing your login information, especially since you will likely start using a stronger password that’s much harder to memorize. Hotspot Shield VPN also includes a handy robocall blocking app and an app that provides identity protection, all included with the premium account.

On the annual plan, Hotspot Shield is a good buy

One final note about pricing. Right now, for $7.99 per month if you sign up for the annual plan, Hotspot Shield VPN is a good bargain that includes five connections. That means if you decide to use the VPN app on your phone, on your router, for a gaming console, and on a couple of laptops, you can protect multiple devices with one account. Of course, if you need to go beyond that you can add another account for more devices.

So how does this compare to other VPN services?

It quickly becomes complicated by the fact that different apps offer packages for specific price points and with different features, but for the most part, including five connections is a good value. Some VPN providers offer “team” or companywide plans with more connections but typically at a much higher price. Other VPN clients offer a lower tier of service for only one connection.

Hotspot Shield VPN is a bit unique in that a free plan for only one connection (that’s throttled to only 2 Mbps) is at least an option. Many VPN clients offer a lower cost plan or a trial plan that expires after seven days or 30 days, but free plans are rare.

Who it’s best for: Those with a need for speed and access to media downloads and file-sharing Why we recommend it: Good price for exceptional speed

Data effective 4/21/2020. Offers and availability vary by location and are subject to change.

Hotspot Shield is rated as the fastest VPN, which is amazing considering it’s also one of the most affordable if you choose the annual plan and pay $7.99 per month. That also includes five connections for one account and some added apps like a password manager. It’s one of our top-rated VPN clients and one of the fastest we’ve found.

Make the most out of Hot Spot Shield VPN

In our own tests with 4K movies on Netflix, the quality was still optimal and we didn’t notice any buffering or glitches. While many VPN apps tend to add about 10-15% of overhead or more due to the encryption, it didn’t impact Netflix.

Written by
John Brandon
John Brandon is an Editorial Lead at Reviews.org covering TV apps, services, and devices. He also covers the VPN market currently. He has a long history as a journalist and author. His articles have appeared in many magazines including Wired, Popular Mechanics, FoxNews.com, Inc. Magazine, Forbes, Entrepreneur, and Relevant Magazine. His hobbies include disc golf, reading books, and watching obscure Netflix documentaries. Contact him at john.brandon@reviews.org
Read More 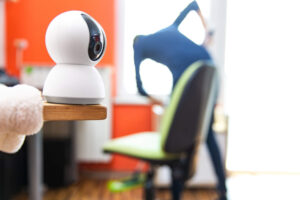 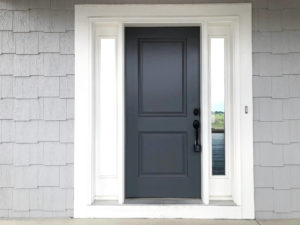 By
Mindy Woodall
Best Smart Door Locks of 2022
Smart door locks give you and your guests access to your house with the touch... 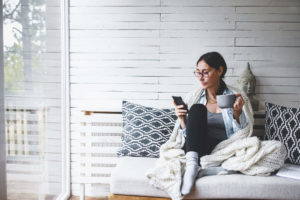 By
Mindy Woodall
Best Self-Monitored Security Systems of 2022
There are plenty of self-monitored security systems on the market today. Find out which DIY...

By
Brianne Sandorf
Reolink vs. Arlo Cameras Review 2022
Do you like Arlo but find its prices make you want to tear your hair...